Three Cook IVC filters are the subject of the MDL consolidated in the federal district court in the Southern District of Indiana. They are the Gunther Tulip, the Cook Celect, and the Cook Platinum filters. These filters, each developed and marketed at different times but all touted for their “optional retrievability”—a marketing phrase meant to convey their safety either in the short term or the long term, but now known to be unsafe at any period of indwelling in the body. 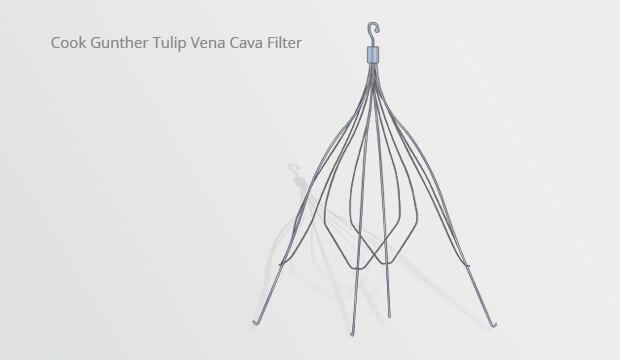 The Gunther Tulip, shown here, was placed on the market in 2000 and made “retrievable” in 2003. Of interest is that the filter did not change at all when suddenly marketed as being “retrievable.” It is the oldest of the retrievable filters and has the odd “petals” that were put into the design and give it its distinctive look. Unfortunately it is the petals that are largely responsible for the Tulip’s quick “embedding” problem. Though marketed as being safe for permanent use for the life of the patient, its struts will likely pierce the wall of the patient’s vena cava and the filter will likely attach itself to the vena cava wall within days and can then be stuck there for good. It is then that it becomes susceptible to other complications such as fracture. Fractured struts are a major problem with the Gunther Tulip.

One study shows the complication rate to be 100% once the filter has remained in the body for 71 days or longer. It is the embedded filter problem that seems to have caused enough concern that a new filter was developed by Cook. Nonetheless, when the new filter—the Cook Celect–came on the market in 2007, Cook continued to sell the failed Tulip and sells the Tulip to this day. 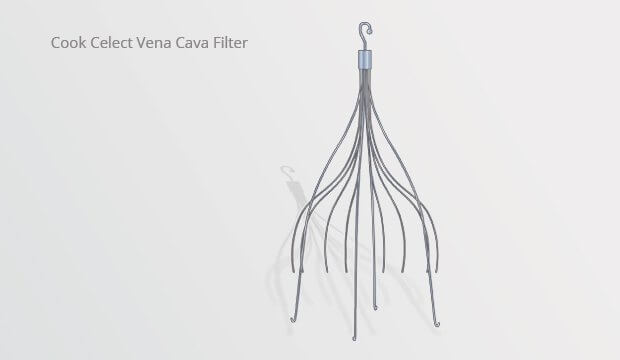 The Celect was developed in an obvious attempt to solve the embedding epidemic caused by the Gunther Tulip. Design changes were made, yet a study showed the device had a perforation rate similar to the Tulip – 100%. It gets worse. The Celect has long, unprotected legs, which have the tendency to pierce other organs and vessels. It also is prone to fracture into pieces that lodge themselves in the heart, lungs and other organs. Many serious injuries and senseless deaths have occurred.

To replace the dangerous Celect, Cook introduced the Platinum. We now know this device also has serious problems, including migration, fracture, perforation and embedding in the vena cava. This filter is relatively new, so its effects on many patients are yet to be seen. However, many Platinum IVC filter lawsuits have already been filed.

If you have an issue with any of these filters, you’ve come to the right place. Martin Baughman is a national leader in Cook IVC litigation. Ben C. Martin is co-lead counsel in the MDL, and Tom Arbon serves on the plaintiffs’ steering committee. We have filed numerous Cook cases in state courts around the country. We’re ready to help you. Contact us and we can discuss your situation and evaluate your legal options. 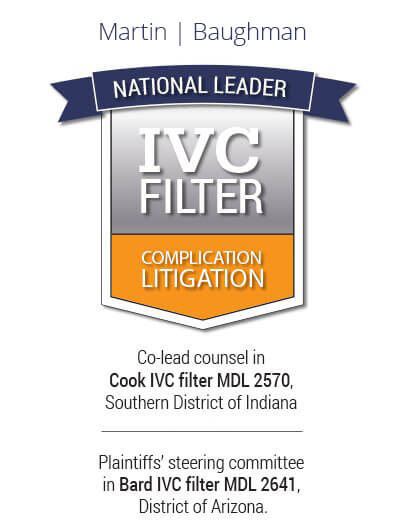 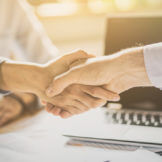 Just before midnight on February 1, after deliberating for over 10...
Read more... 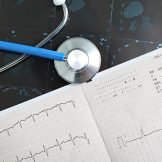