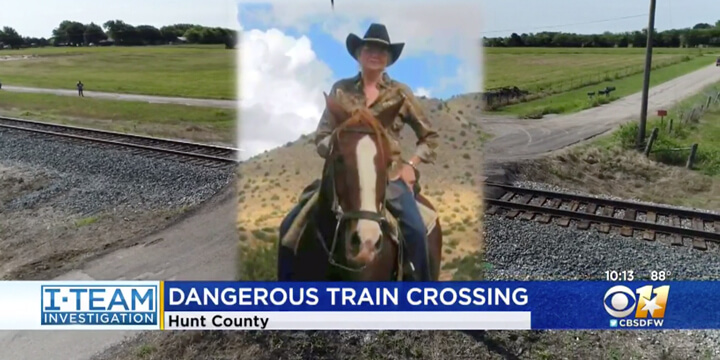 Brian New of CBS I-Team spoke with attorneys Laura Baughman and Ben Martin regarding the neglect and liability of Kansas City Southern Railway in the death of Sue Rigsby, who died after a train collided with her vehicle at a railroad crossing in Campbell, Texas. It has been more than four years since the substandard crossing claimed the life of Sue Rigsby and still no safety improvements have been made. As the family’s attorneys, Martin and Baughman spoke about the facts during trial that won a verdict of $400,000 and will raise awareness and accountability for railroad crossing safety.