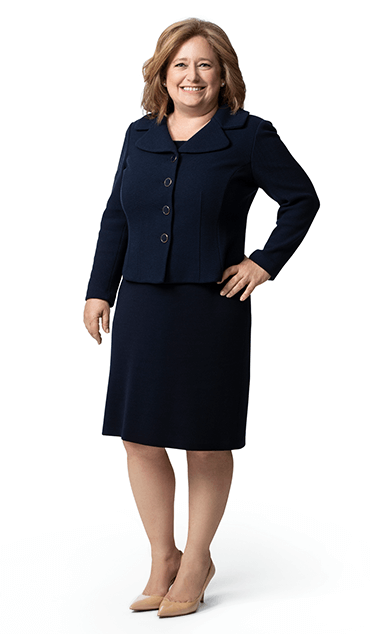 Laura Baughman and Ben Martin established Martin Baughman, PLLC in March 2019. Laura is a partner at the firm and actively litigates pharmaceutical and medical device cases. Her current focus is on representing victims of transvaginal mesh, IVC filters, CPAP machines, Elmiron and Paraquat.

When Laura was a small child living in New Jersey, there was an outbreak of childhood leukemia in her neighborhood. Laura was hospitalized at the age of five. Her parents were told that she, too, had leukemia. It turned out that Laura did not have the disease. The children in her neighborhood had been sickened from drinking water contaminated by a company which had dumped toxic waste onto the ground nearby. Laura made a full recovery, but her parents were told that many of the stricken children would not live past their 20th birthdays. The experience left an indelible impression. From the time she was old enough to understand what had happened, Laura wanted to become a lawyer so that she could represent people injured by unscrupulous corporations.

Laura graduated with honors from the University of Texas School of Law in 1994. She holds bachelor of science and master of engineering degrees in civil (environmental) engineering, a background that serves her well in her law practice. During the 1994-1995 term, Laura served as a briefing attorney to Justice Rose Spector of the Supreme Court of Texas.

In May 2021, Laura and Ben were co-lead counsel in a trial against C.R. Bard in the Northern District of Texas. The jury awarded $2.55 million to their client, finding that Bard had defectively designed its Recovery IVC filter.

In January 2019, Laura and Ben were trial counsel in a bellwether trial against Cook Medical in the national IVC filter MDL. They received a $3 million verdict for their client. This was the first finding of a design defect in an IVC filter case and is the largest compensatory damages verdict for any IVC filter plaintiff to date.

From 1995 until March 2019, Laura worked at Baron & Budd, P.C., where she was a shareholder for 18 years and managed the firm’s pharmaceutical and medical device litigation. Laura’s significant accomplishments while at Baron & Budd include serving as lead counsel in a consumer protection act case filed on behalf of the State of Mississippi against Fresenius regarding its deceptive marketing of GranuFlo, a medical device used to treat diabetes. Laura settled this case in March 2019 for $15.7 million. Laura also managed litigation on behalf of seven states against GlaxoSmithKline regarding its fraudulent marketing of the diabetes drug Avandia, which led to a $177 million settlement.

Laura was appointed as Class Counsel by the Los Angeles Superior Court in In Re GIB, LLC Cases, a nationwide consumer class action on behalf of salon stylists and consumers regarding deceptive marketing of Brazilian Blowout Solution (i.e., advertising “formaldehyde-free” when the product contained the carcinogen formaldehyde) which settled for $4.2 million plus injunctive relief in 2013.

Laura has also worked on toxic tort cases. Laura’s notable victories in this area include the successful resolution of a case filed on behalf of 137 people who were exposed to lead and other toxic substances while playing at an abandoned oil refinery in Central Texas. Laura was also part of the attorney team that represented 153 water providers in 17 states whose water was contaminated with MTBE. That case resulted in a $423 million settlement and a 30-year commitment by the defendant gasoline refiners to treat 3,385 wells if and when they become contaminated with MTBE.

Laura’s other significant cases include being co-lead counsel in two of the largest Proposition 65 cases in history. Proposition 65 is a California state law that permits private citizens to enforce certain environmental regulations on behalf of the public. Laura represented the nonprofit group Communities for a Better Environment in a statewide Proposition 65 water contamination case that culminated in a settlement valued at $107 million. The settlement required several major oil companies to clean up groundwater that had been contaminated by gasoline leaking from storage tanks and to take steps to prevent similar leaks in the future. Laura also settled another Proposition 65 case which required the retrofitting of school buses with devices to reduce diesel engine exhaust emissions, a known human carcinogen.

In addition to her legal advocacy, Laura has a long history of community service. She has represented several clients on a pro bono basis through the Dallas Volunteer Attorney Program and over the years has served as co-chair of several committees for Attorneys Serving the Community. Formerly a member of the Dallas Bar Association’s Community Involvement Committee, Laura was chair of the group’s “Lawyers Have Heart” 5-K run benefiting the American Heart Association. While in law school, Laura served as vice president of Texas Law Fellowships, a non-profit public interest organization.

When she is not at work, Laura most enjoys spending time with her two teenage daughters. Instilling in her girls the value of engaging in a noble cause is a core principle of Laura’s parenting philosophy.