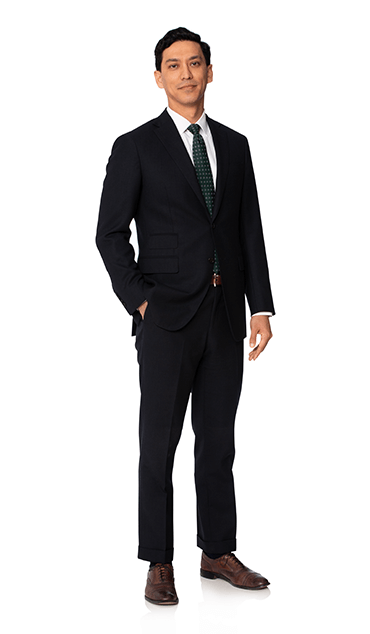 Joshua believes that every person in need of an attorney deserves outstanding legal representation, and he is personally and professionally devoted to winning your case—no matter the cost, time, or effort involved.

Joshua graduated from The University of Texas School of Law and the University of Texas at Austin with honors.  He began his career as a commercial litigator, representing companies and individuals in complex and high-dollar lawsuits.  Before joining Martin Baughman, he practiced commercial and healthcare litigation at one of the largest law firms in Texas. There, he represented hospital systems in internal and government investigations and also litigated cases against physicians and medical practices.  Joshua came to Martin Baughman to represent injured individuals in complex personal injury cases because the attorneys at Martin Baughman possess the experience and intelligence to handle difficult cases, the willingness to go to trial, and a record of winning.

Joshua’s commitment to providing exceptional legal service is an extension of his dedication to public service.  In his last semester of high school, Joshua enlisted in the Texas Army National Guard to serve our country after 9/11.  He was later deployed from 2006 to 2008 on a multi-national peacekeeping mission in Sinai, Egypt.  Further, after graduating college, Joshua joined the national service program, Teach for America, and served as a middle-school teacher in a low-income school for two years.  He was motivated by the conviction that every child deserves a high quality education.

These principles hold true today.  Every injured client deserves high quality legal representation, and an attorney willing to fight on their behalf.

Joshua is also a dedicated husband and father.  He is an active member of his church and spends his free time with his wife and son, reading, or working out.